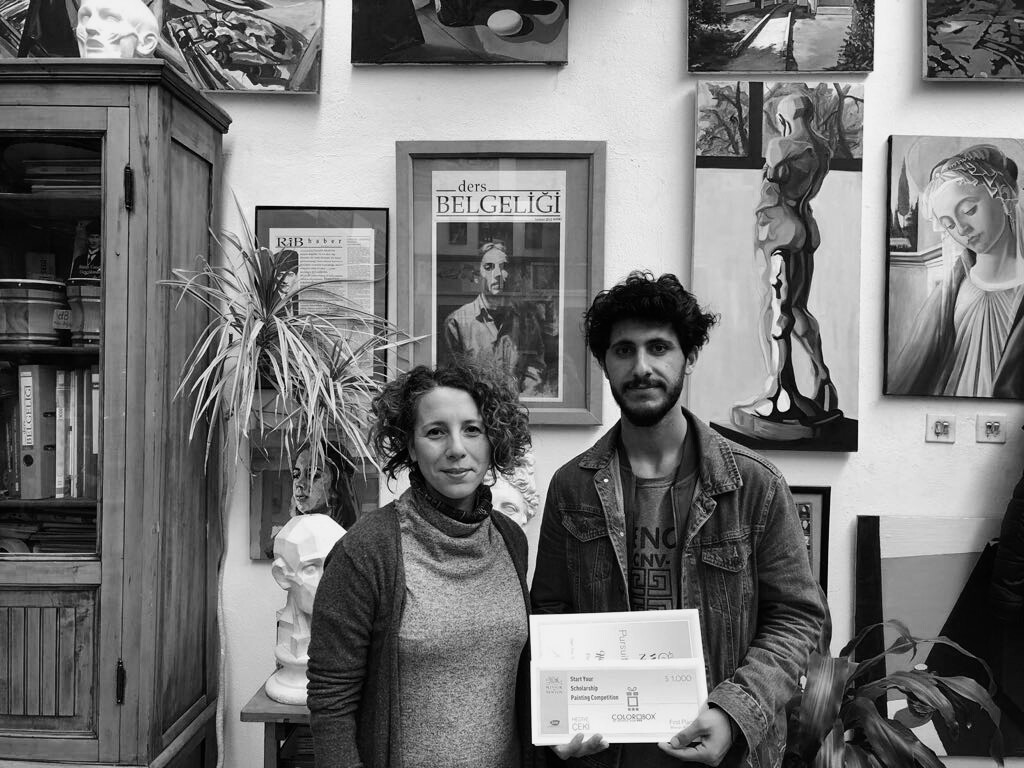 Painting contest entitled “ Create Your Own Portraits” from Winsor&Newton was concluded:

Hüseyin Aksoy studying in the department of art teaching at Marmara University, the faculty of education won first prize in two-stage painting contest( Turkey and Global) entitled « Create Your Own Portraits » organized by Live Art.

Hüseyin Aksoy, the winner of first prize, acquired also Winson&Newton art materials cheque and had a right to participate in the second stage Global competition. The contest award of Hüseyin Aksoy was handed over in the design-painting workshop numbered R8 of H. Avni Öztopçu where he is studying.

After the contest, art materials bought by gift card and Live Art Awards given to instructors was handed out to the winners of 4th painting contest.