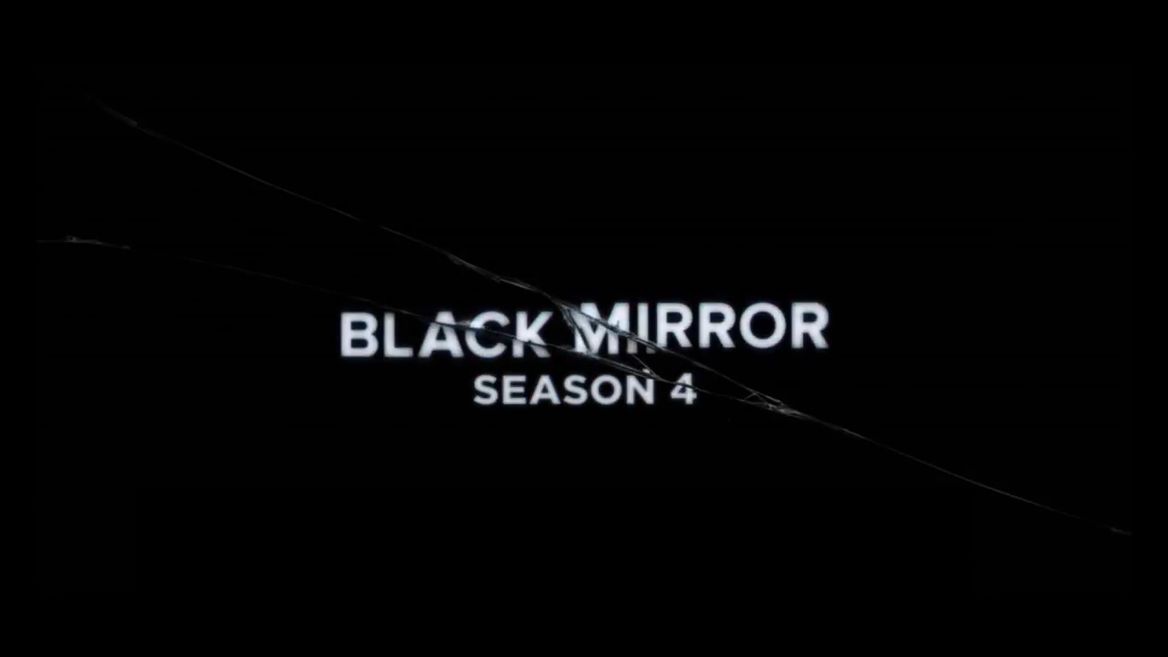 I would like to mention and briefly summarize an article on Black Mirror written by Tanja Valsted Jørgensen, in 2016[1]. In that paper, Jørgensen examines Charlie Brooker’s British science fiction anthology Black Mirror (starting from 2011 to present) by focusing on technostruggles and anxieties coming out of the changing nature of the contemporary United Kingdom, based on technological climate, media, and consumer culture.

This science fiction series will reveal anxieties in our contemporary society, as Jørgensen states. The series worries about the contemporary technological and cultural tendencies, and examine their possible consequences which might have on our future. If we have a look at the latest innovations in technology and science, it is easy to see how innovators are changing the world we live in and how this happens so quickly. According to the article, there is a transfer of different technological devices both existing and fictitious into a possible dystopian futuristic vision of the United Kingdom.

As the author states, despite the fact that Black Mirror premiered in 2011, the series has recently gained interest from outside of the United Kingdom. Maybe it is because of the fact that the series was recently picked up by Netflix, so this makes the series available to the masses. Also, it is because of the recommendations through word of mouth, or via the platforms like Twitter, Facebook, and Tumblr. Only recently, academia has gained interest in the series, and there is a few scholarly written articles right now. 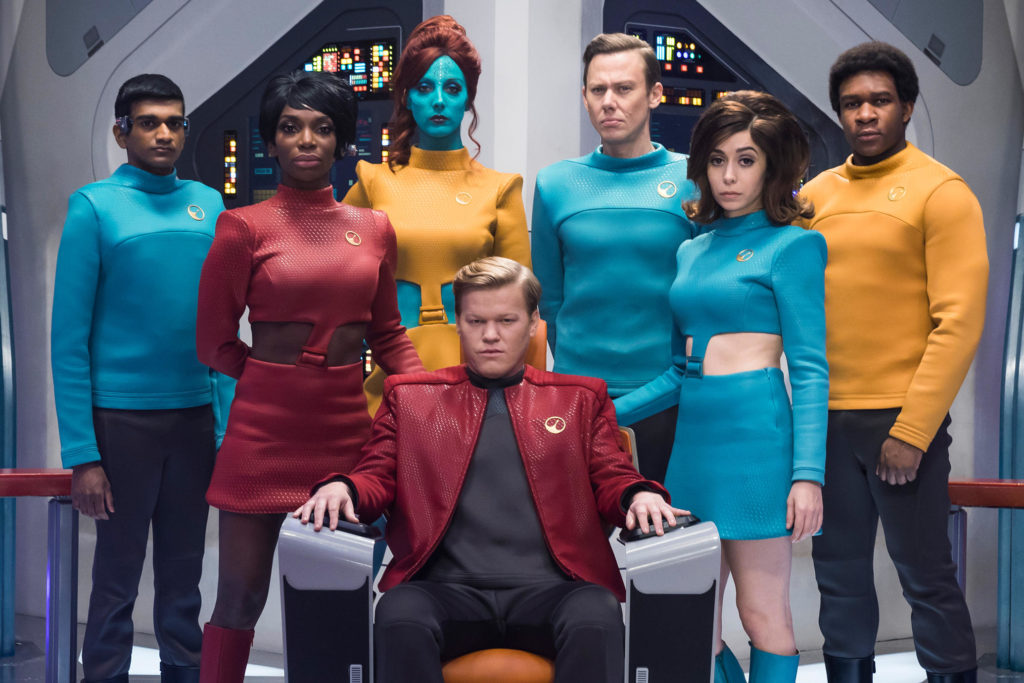 According to the article, the use of steaming devices is also apparent with the frequent use of loading symbols, which serve to remind the viewer that they are watching the series on a device similar to the ones used within the series. Also, Black Mirror extends to the use of realism, irony, and satire, as well as costume design, music, mise-en-scéne, and cinematography in creating a futuristic vision of the United Kingdom, which is at once desirable and dystopian, according to the author.

The series is mentioned in the article as ‘having equal parts on horror and wonder, having been designed to be seductive and give you nightmares at the same time’. With the closeness and similarity to our own contemporary time, the series is considered more effective in its critique of technological and cultural tendencies of our time. Also, Jørgensen puts forward that Black Mirror was created in Britain, as Europe and Britain have historically been more sceptical of new technology compared to US. However, the Western world has become a screen culture.

I found very interesting the quotation in the article from an interview with Charlie Brooker on his own interpretation on the title “Black Mirror”: ‘What I took it to mean, was that when a screen is off (…) it looks like a black mirror (…) and there’s something cold and terrifying about that.’ (Channel 4, Creator Charlie Brooker Explains). The screens that we look at everyday actually reflect our reality full of technology. I may say that Black Mirror reflects society back on its viewers as passive audience on the black mirrors of the screens.

There are two arguments of the article on Black Mirror that I found quite important, one is consumerism and the other is crime and punishment. The first one is exlained as transforming memories into commodities on which a price can be placed, as in The Entire History of You, or simply buying an experience a la White Bear. It can be argued that the inhabitants of this world are closer to being cyborgs (like a mix of human and robot) than the people who uses the Grain surgically inserted into people’s head, as these people are forced to live their lives through machines. On crime and punishment, Jørgensen gives the example of the episode of White Bear. As in this episode, the leading character Victoria Skillane is sentenced for the murder of a young girl, a girl whom she filmed while her boyfriend murders her. Victoria is given a punishment fitting the crime in a twisted theme park where costumers pay to punish the criminal. The attitudes from the public towards Victoria justifies the punishment.

There are also some key terms mentioned in the article. The first one is ‘Technostruggles’, a term developed by a media scholar John Fiske. It describes how video surveillance technology results in hierarchical social power struggles for instance on race. The surveillance camera enables to identify a person’s race more clearly than his class or religion. As surveillance is one of the most efficient forms of power, such technology can be used to enforce racism or other oppressive agendas. We may remember the method used to punish Victoria Skillane in White Bear in which the surveillance induced paranoia.

An other term is ‘Panopticon’ as we see in the episode, 15 Million Merits, for instance. The inhabitants of that world live their lives in small cells. They are surveilled by some higher power, indicated by the screens in their cells that are aware if they are not watching. In an other episode, The Entire History of You, everyone has a Grain implanted. In this version of the Panopticon, there is not just a single person observing the others, but everyone is observing everyone. It is a concept, present in modern day society. As the author states that people spend the majority of their lives in places where they are being surveilled, and therefore discipline their own behaviour. As Jørgensen quoted, Foucault asks; ‘Is it surprising that prisons resemble factories, schools, barracks, hospitals, which all resemble prisons?’ (195 – 228).[2]

The last term mentioned in the article is ‘Policy vacuum’ which is used by a professor of intellectual and moral philosophy, James Moor ‘in reference to the broader questions of morality and law resulting from a chasm of policy in cases where novel technologies suddenly emerge in many areas simultaneously.’ (Salem, 29).[3] The hypothetical scenarios of Black Mirror illustrate ethical policy vacuums. According to Jørgensen, the technology of Black Mirror is further developed of recognisable technology of our contemporary time, however, because these technologies have been taken to their extremes mean that previously inherently invisible policy vacuums has become perceptible to its viewers. 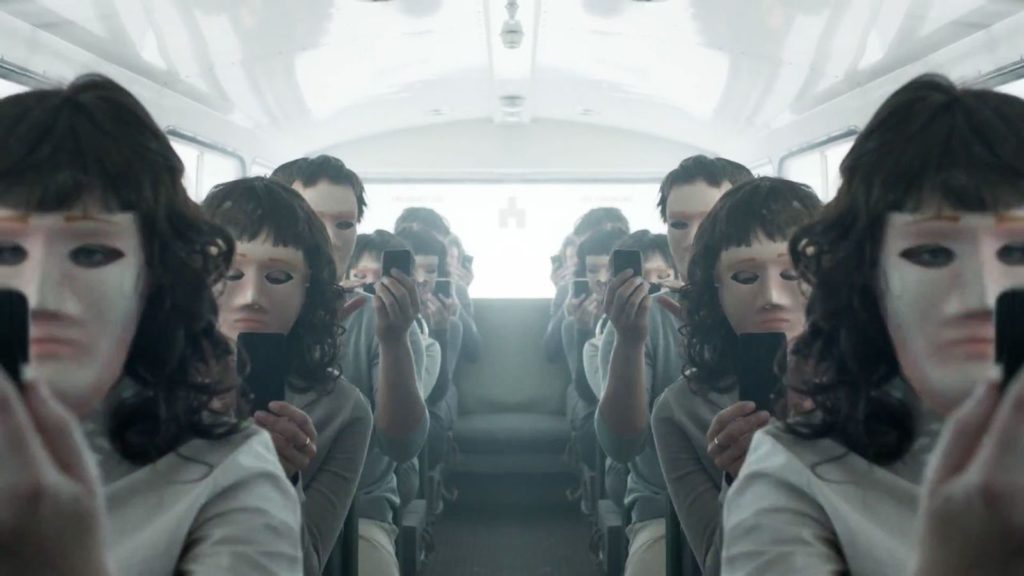 The article I chose, “Black Mirror: Technology, Technostruggles, and Anxieties.” by Tanja Valsted Jørgensen is a project examining the technostruggles and anxieties at play in Charlie Brooker’s Black Mirror. It is also an examination of the technological climate, media and consumer culture in contemporary UK. Whether it is futuristic or contemporary, the technology towards us to a bleak future in these episodes that I both find exaggerated and possible. Anxieties like alienation, obsession, suspicion, or loss of identity are the possible outcomes of such future. Black Mirror raises the questions about the possible future. Maybe it is a good question to ask ourselves; “If technology is a drug – and it does feel like a drug – then what, precisely, are the side-effects?” Charlie Brooker, 2011.

More from ArtMore posts in Art »